That award for the 2018 season on the Kansas side featured is SM South Raiders Head Coach: Brett Oberzan. Olathe West Owls Assistant Coach Mike McLaughlin was selected as well for this award.

David Bassore, prior to his passing in a vehicle accident in 2006 previously was the Head Coach for the Olathe North Eagles for the 2005 season, and also KC-Center Yellowjackets.

Congratulations to both on your impact to the student-athletes in the Sunflower League! 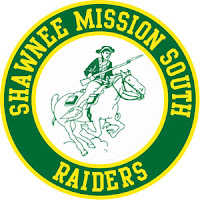 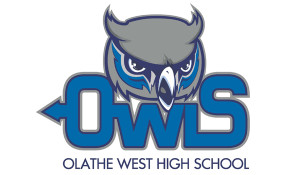 Posted by Kevin Booker at 3:40 PM No comments:

The beginning of the 2019 season marks the 100th season of Football for the Olathe Eagles.

For the Eagles, the flagship program within the #233, is the pinnacle of dynasty High School Football within the confines of northeast Kansas and the 6A East brackets (old playoff format) and current.

Led by Chris McCartney in his 5th season, he will take his 9W-3L season to new heights in the year ahead. With great leadership by a name everyone in Olathe knows of, is young Arland Bruce IV who will carry a majority load of responsibility on the field and off.

This 100th season will also mark the 10th Anniversary of the last State Championship brought home by the Eagles in 2009. That Eagles team led by alumni-HC Pete Flood, breezed through the Sunflower League winning it outright and a three game district-sweep consisting of Blue Valley, BV West, and Olathe South in week-9.

Posted by Kevin Booker at 2:47 PM No comments: 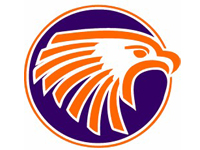 As the decade closes out, the Olathe East Hawks will have a great opportunity to build on their 2018 4-6 record.

It will not be easy, with a face off against the 9-3 Eagles from a year ago, and a new battle taking on the Free State Firebirds under new leadership of Kevin Stewart.

The first four games alone will not be easy, as they finished 1-4 to start last season, and finished strong with a 2-2 record before the 6A east playoffs. This season can be a big for the Hawks if they can steal a win from two strong teams in the Owls and Trailblazers.

It is unclear at this time, 12 games in, can the Hawks take on a very young, but experienced Owls fifteen games in to their young tenure as a program. Looking ahead, the Hawks could possibly go 2-1 against their #233 opponents, and find additional success against SM North, SM West, and Pittsburg which will be a tough road game.

Posted by Kevin Booker at 10:49 AM No comments: 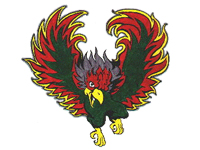 As the 18-19 school year winds down, the Football Coaches across the state of Kansas, and the country will be preparing for 7v7 Summer Camps, and Team camps to prepare for the season ahead.

For the Free State Firebirds of Lawrence, a new chapter begins with the hiring of Kevin Stewart of the Blue Valley North Mustangs.

With 22 seasons in the books led by Bob Lisher, the Stewart chapter will be a change of EKL to SFL, which will take a little adaption too, in addition to taking what he has learned from Andy Sims of BV North, and incorporating a new "game plan" moving forward. Bob Lisher's numbers also include a 20-18 playoff record since the school's inception during the 1997 Fall season.