A Storied Coaching career of a Lawrence Football Teacher 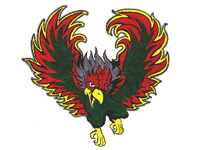 Per Adam Sullivan (broke per Twitter @Sully20201) the only Head Coach in Firebirds of Free State High School history Bob Lisher has retired as Head Coach.

From Free State's inception, a seemingly quick internship leading the Blue Valley North Mustangs during the 1995 to 1996 seasons led to the foundation and return of Coach Lisher to the Lawrence area.

Prior to his time with the Mustangs, Lisher was an Assistant Coach under another Lawrence/SM West/Lee's Summit Coaching legend, Dick Purdy, who completed a string of 6A State Titles before retiring from education-coaching.

While those are only highlights of a great career on the gridiron, the work Bob Lisher has done for the Firebirds outside of Football and around Lawrence will be remembered and filling his shoes will be tough for the future of Football at Free State.

Congrats Coach Bob Lisher on a great career, and thank you for all of your contributions!