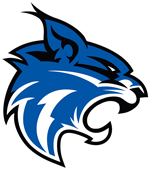 The SM East Lancers of Prairie Village, KS have announced the hiring of Fred Bouchard per Athletic Director Debbie Katzfey and the SMSD #512.

Fred Bouchard comes to SM East from the North Kansas City School District, and is the 11th Head Coach in school history, this hiring into the SFL is the 92nd in all of Sunflower League history, completing a series of hires after a record five (5) Head Coaching changes, and massive turnover within the league.

For those of you that know Coach Fred Bouchard, he made his mark fast, and quickly, only two years in with the Harrisonville Wildcats of the West Central League. In only his second season the Wildcats completed a 14-0 run which is their first of four (4) State Titles won in Bouchard's six year tenure. From 2005 to 2007 they finished 41-1 at 13-1, 14-0, and 14-0 prior to resigning.

Although his six years was a stint to some Head Coaches, it felt like an eternity to the Wildcats opponents as he finished with a record of 75W-6L, and a 19W-2L playoff record. Those accomplishments by his student-athletes had never been reached by any of his Wildcat predecessors.

2008 started a new chapter in Fred Bouchard's coaching legacy, which yet to be written came in the form of the Staley Falcons.

From day one, his impact leaving the West Central, to a new league in the historic Kansas City MO-Suburban League went off without a hitch. In his eight (8) year tenure, and from the first season of play, the Falcons were in the playoffs each season under his guidance. His 2011 Falcons went on to finish 14-0 and win a State Football Title for a school only four years old. The eight seasons in charge took Fred's record to 78W-19L from 2008 to 2015 before resigning, and taking a position within the NKCSD. The Falcons thrived as well in all playoff games with a 15W-7L record in 22 games.

Coming out of a sideline retirement after only 24 months, Fred Bouchard will now do something many of his recent counterpart Suburban League colleges have done in moving to the Sunflower and EKL to make a new difference. Fred Bouchard joins a host of others including SM East' own Debbie Katezfey, who was a Coach and AD for both Lee's Summit North and West before coming to SM East in 2016.

Congratulations to Fred Bouchard and his family and welcome to the SM East community and the SFL 2018 season. Best of luck to the Lancers.