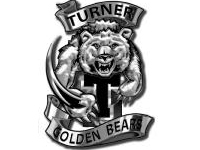 Throughout the course of his five years with the Turner Golden Bears, Jeremy Milne amassed a record of 17-29 overall, 10-22 Kaw Valley, and 0-1 in the 5A playoffs falling to Topeka Seaman in week-9 of this past 2016 season.

On or off the radar, there are many Sunflower High School sports alumni who are either Head Coaches, or Assistants in Fall, Winter, and Spring sports in the KCAL, and Kaw Valley Leagues.