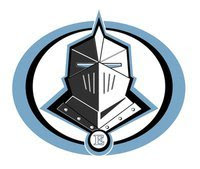 The battle for snaps that took place last year between Shawnee Mission West's top two running backs ended with without the need for a decision, as the team's rushing yardage leader Nigil Houston has reportedly transferred and will play for Shawnee Mission East during his senior year. Houston leaves the Vikings after going for 603 yards (1st on team) and eight touchdowns (2nd team).

Aside from being one of the least photogenic players I've ever seen (seriously, if anybody has better photos than what I can find, it would be appreciated!), Houston will be leaving his former school with a much easier decision on who will receive the majority of the snaps next season, as future Junior RB Kirby
Grigsby will be returning after leading the team in rushing touchdowns with 10 to go with 438 yards on 63 carries.

With that, the Vikings will be hurting to some degree after losing a talented player to the cross-town rival, but this move may end up benefiting all parties involved one way or another. SM West will be able to focus more on developing Grigsby over his final two years of eligibility alongside senior QB Zach Witters, who is expected to be the favorite to take over the starting role after performing well in limited action last year. The Lancers will be getting a quality starter with proven production and a build that should help him transition to the new offense, which should also benefit Houston's chances to improve production in his final year of high school. It'll be very interesting to see how each team performs after this transfer and it seems fitting that we'll see a direct comparison when the teams face off in the regular season finale with potential seeding spots on the line.