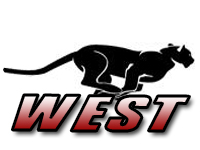 Scott Wright, the one and only Head Coach ever of the Blue Valley West Football Jaguars has stepped down after a great 15 year run.

In the 15 seasons that the Jaguars have been in existence, the program won its first and only State Championship seven seasons in to Wright’s tenure. The 2007 Jaguars, accomplished a 13-0 season and became EKL Champions that year. QB Ryan Kopp led the Jaguars, was later named to the school’s first ever Hall of Fame - 2012 (HOF) Sports Class including: the Kansas City Wizards/Sporting KC Matt Besler, Travis Helgeson, and Elizabeth Valenti.

Sunflower welcomes the Gardner-Edgerton Trailblazers in 2017

Friday 11-20-15, the G-E Trailblazers were granted admission in to the Sunflower League.

G-E will become the 13th member in 2017, prior to the opening of Olathe West as a Varsity Football program in 2018.

The journey to the Sunflower League for the G-E Trailblazers, began with a long time run within the Frontier League. Through many years and many coaching changes over the Trailblazers rarely, if ever found themselves close to sniffing a trip the playoffs.

After 19 years, legendary Salina Central Mustangs Coach Marvin Diener, retires after a final and 5th State Championship overall with a 13-0 season. With a record of 170-43, the G-E-T found themselves in the hands of Marvin Diener and the Frontier League in 2006, who will in time transform this lowly program in to a Midwestern/regional powerhouse Football program in southern Johnson County.

Once this all falls in to place prior to the end of this decade, there will continue to be changes as the league evolves.