This week the #SFL met up with Second year SM North Indians Head Coach Ben Bartlett. Coach Bartlett's back ground begins as an Student-athlete for four years under former Indians Head Coach Sam Brown. Coach Bartlett has been a teacher at SM North for nine years entering the 15-16 school year. Coach Bartlett's Overall, and Sunflower records stand at 2-8, 0-5. This will be the 94th season of Indians Football dating back to its beginnings as the Shawnee-Mission Indians in 1922 led by AL Berry 1922-1923. 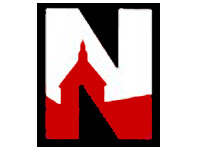 #SFN - JR Will Schneider has been spectacular numbers wise in his first two seasons as QB. What are his strengths coming in to this 2015 season as he now has 19 games under his belt?

Ben Bartlett
Will has established himself as the clear leader on the offense.  In addition to his varsity experience the last couple of years he has worked incredibly hard in the off season.  I anticipate him taking another step forward in his progression at the QB position.

#SFN - Everyone on the outside believes the Indians will struggle this season due to the loss of Nick Perez to graduation. Who do you see stepping in to his place?

Ben Bartlett
Haha, “everyone” is a rather blanket statement Kevin.  There is no doubt that Nick Perez was a special athlete and his absents will be felt, but we have many athletes that are looking forward to the opportunity to establishing a name for themselves at the wide receiver position in his absence.

#SFN - In recent seasons the Indians have lost 12 straight Hula Bowl games to the NW Cougars since 2002. Can this be the season that number changes?

Ben Bartlett
Our players are highly motivated to win every game that they play.  Our game against the Cougars will be no different.

#SFN - Your Shawnee-Mission Indians are the second longest tenured team in the league outside of the Chesty Lions. Who is the biggest rival the team has circled on their calendar each year before school starts?

Ben Bartlett
Traditionally our rival had been the Cougars due to the fact that there was a middle school (Hocker) in which students of both SMN and SMNW shared before splitting to go to high school.  I believe that familiarity with each other at that time helped fuel the rivalry.  Since the school district changed a few years ago so that each high school has just one middle school feeding each of the one of the high schools  I don’t think the rivalry is as strong as it once was.

#SFN - As the Indians enter their 94th season, is their one thing as an alumni you bring to your players before the season starts, or stories of Indians games of the past that help make the season get off to a great year?

Ben Bartlett
I believe my experiences as a SM North alum help me in relating to the players and imparting some of the great traditions of the past.  This team though is looking forward to writing their own chapter in our schools storied history this seasons.