Recently, the SFN caught up with Dustin Delaney who is in his third season with the SM East Lancers. In two seasons, Coach Delaney has compiled a record of 24-2, and 11-1 in Sunflower competition. The Lancers completed the 2014 season 13-0 accomplishing the schools first ever 6A State Football Title. 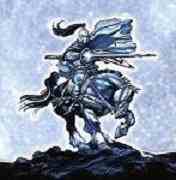 #SFN - Congrats on winning the schools first ever 6A State Title Coach, how does this game rank among your favorites in previous seasons?!


Coach Delaney
It was a great day for our school and our community. Being the first state champion football team in school history was very special.

#SFN - The Lancers have had plenty of nay-sayers in the recent seasons due to having schools like Harmon and Wyandotte on their schedule, and being called “soft” at times. Does this deter the hard work and mentality of your athletes?


Coach Delaney
It has zero to do with us whatsoever. We don't control who we play. All we try to do is get better every week. Our kids don't care who we play, we prepare the same way and expect the same things as always. We have some control over our future schedule and we are scheduled Rockhurst to play in 2016 and 2017.

#SFN - The Lancers scored 600 total points in 2014, and most ever in any 6, or 5A State Title season with 12 or 13 games played. Is this a testament how much your students have learned from you and your staff in game planning?

Coach Delaney The credit should go to the kids. We can have all the wild ideas as a staff we want, but if our kids don't execute it with precision, it will not look good. We have very special kids at SME. First and foremost, they are intelligent and extremely hard working. Our kids are also tough and love to compete. They are truly a joy to coach.

#SFN - SM East is on a high, and will be for a while after staking claim to its first ever title. Come time for the Lancer Day Parade, how do you see the boys coming out to represent Prairie Village, and the SMSD at the start of the season?

Coach Delaney
Our goal is the same every season- to win the state championship. But our kids are smart enough to understand that it is a long journey to get there. We focus on getting better every day in practice and getting better every week during the season. We don't get too high or too low, we try to stay even-keeled throughout games and the season. Our kids will come out like they do every week.

#SFN - G-E is the first team on the schedule this year, and will be playing at home (SM North) in week-1? Is there a lot of anxiety from the younger SO’s & JR’s looking to earn playing time, and to learn your offense?

Coach Delaney We lost some very good players, but our younger players have now been in the system for their 3rd year. They know the expectations and how we operate. They won't be anxious, they will be prepared. We have 12 kids back who started at some point last year, so we are not void of veteran players.

#SFN - SR QB Gunner Englund has been lost to graduation, who is your QB or QB’s expected to step up in 2015?


Thank you Coach Delaney, Good luck to the Lancers this season!